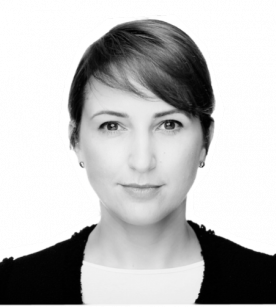 Nikoletta began working for the Tom Lantos Institute as a Programme Coordinator for the Human Rights and Identity Programme in September 2019. She earned her Bachelor’s degree in 2007 in Political Science and International Studies from the University of South Carolina, where her studies focused on the American Government and the European Union. She obtained her Master’s degree in International Political Economy from the London School of Economics in 2011.

Nikoletta began her career at the Foreign and Security Policy Department of the Prime Minister’s Office, then moved to Brussels, where she completed a 6-month long internship at the European Commission’s Directorate-General for EU Enlargement. Before joining the Tom Lantos Institute, she spent six years at the Budapest office of the Open Society Foundations (OSF), first working for its Central European University Liaison Office, then for the Program on Independent Journalism. While working at OSF, she was also part of the team that created and managed the Open Society Internship for Rights and Governance project and the Budapest Community Grants initiative, a grant programme for cultural projects in Budapest. Nikoletta speaks English, Hungarian, and studies French.