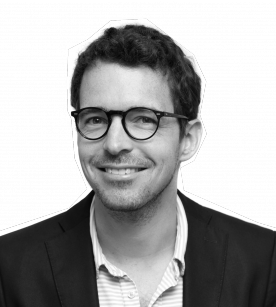 Máté Fischer started at The Tom Lantos Institute as a Project Officer in October 2011, and was named the Project Coordinator in June 2012. In February 2013 he became the Programme Manager for TLI’s “Jewish Life and Antisemitism” programme, a position he held for 2 years. He has been the Deputy Director of TLI since June 2016.

Máté Fischer holds a Masters in International Relations from Corvinus University of Budapest and a Masters in International Human Rights from Eötvös Loránd University. Concentrating on courses in human rights issues, the subject of his thesis was the current role of the United States in shaping international law, specifically its role in human rights regimes and its policy towards the International Criminal Court. He specialised in Peace and Conflict Studies, which gave him the opportunity to research the history and analyse the various ethnic conflicts of the Middle East, Central Asia, the Caucasus, the Western Balkans and Central and Eastern Europe.

During his university years he worked as an assistant at Hyperteam Ltd in 2008 and as an editorial partner at Hungary’s Political Annual between 2007 and 2009. After completing his degree in 2010 he worked as an intern at the Strategic Planning Department and the Department for Americas at the Hungarian Ministry of Foreign Affairs during the Hungarian Presidency of the Council of the EU.

As a result of his additional duties Máté has extensive experience in the Southeast Asian region. He speaks English, German and Hungarian.