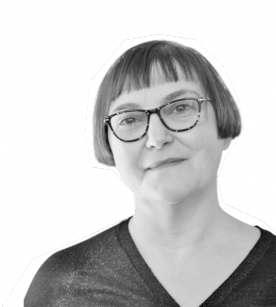 Anna-Mária Bíró became the director of the Tom Lantos Institute in February, 2013. She holds an M.Sc. in Public Administration and Public Policy from the London School of Economics and a PhD in political sciences from the Eötvös Loránd University, Faculty of Law and Political Science, Budapest, Hungary.

Anna-Mária Bíró has dedicated her career to bringing awareness to minority populations and promoting human rights. She began her career working as an intern at the International Service for Human Rights in Geneva and Amnesty International in London.  In the early 1990s, Anna-Mária Bíró was an advisor on international relations to the President of the Democratic Alliance of Hungarians in Romania. Between 1996 and 2004 she was the head of the Budapest Co-ordination Office of Minority Rights Group International (MRG) and she worked as the Advisor on Minority Affairs of the OSCE Mission in Kosovo. Prior to working at the Tom Lantos Institute, Anna-Mária Bíró was a senior consultant to the Managing Multiethnic Communities Programme, LGI/Open Society Foundations. She was also a director of the higher education, innovation course “Incorporating Ethno-cultural Diversity into the Teaching of Public Administration” that was organised by the Central European University in Budapest.

Anna-Mária has been a part of many published works, bringing her voice to the public. She is co-editor of Diversity in Action: Local Public Management of Multi-ethnic Communities in Central and Eastern Europe (LGI/OSI, 2001) and co-author of Minority Rights Advocacy in the European Union:  A Guide for NGOs in South-East Europe (MRG, London, 2006). In 2011 she co-edited volume 18(2) of the International Journal on Minority and Group Rights. Her book “Civil Society Contributions to the Internationalization of Minority Protection in Europe” will be published by Brill Academic Publishers.

In 2015, Anna-Mária Bíró lectured at the Faculty of Education and Psychology, Eötvös Loránd University, Budapest, Hungary. She is member of The UK Network on Minority Groups and Human Rights, as well as a delegate in the Academic Working Group of the International Holocaust Remembrance Alliance. Anna-Mária speaks English, French, Romanian and Hungarian.