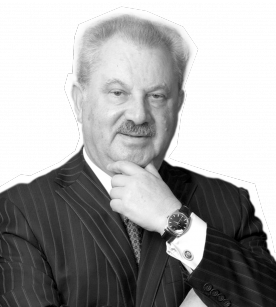 Phil Friedman was born and raised in the former Soviet Union. After spending 12 years in numerous positions in the electronics industry, he immigrated to the United States and settled in New York City, where he started Computer Generated Solutions, Inc. (CGS), now a global leader in IT software, solutions and services, in 1984.
Under Mr. Friedman’s direction, CGS has been recognized as one of the fastest growing privately held technology companies in the U.S. by Ernst & Young, Deloitte & Touche, and Crain’s New York Business, and has both maintained and increased its leadership position worldwide, employing over 5,200 professionals and providing end-to-end award-winning solutions in over 40 countries.

In the past, Mr. Friedman was named Entrepreneur of the Year by Ernst & Young, Inc., Inc. Magazine, Merrill Lynch, and the City of New York, and was awarded the Ellis Island Medal of Honor. Additionally, he has been appointed to numerous committees, commissions and boards over the years, including the Presidential Business Commission as New York State Representative; American Committee Shaare Zedek Hospital as President; Yeshiva University (from where he received an Honorary Doctorate Degree); the Commercial Division of TechAmerica; and Tom Lantos Foundation for Human Rights and Justice. Mr. Friedman is a Fellow of the Foreign Policy Association and serves as a member of the US Chamber of Commerce International Policy Committee.