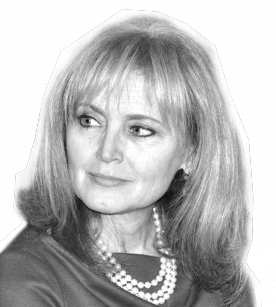 Dr. Katrina Lantos Swett serves as President of the Lantos Foundation for Human Rights and Justice, established in 2008 to continue the legacy of her father, the late Congressman Tom Lantos, who served as Chairman of the House Foreign Affairs Committee and was the only Holocaust survivor ever elected to the US Congress.  Congressman Lantos was the founder of the Congressional Human Rights Caucus and was widely acknowledged as one of our nation’s most eloquent and forceful leaders on behalf of human rights and justice.

Under her leadership, the Lantos Foundation has rapidly become a distinguished and respected voice on key human rights concerns ranging form advancing rule of law globally and fighting for Internet freedom in closed societies, to combating the persistent and growing threat of antisemitism and Holocaust denial.

Dr. Lantos Swett is the former Chair and Vice Chair of the United States Commission on International Religious Freedom (USCIRF) and teaches Human Rights and American Foreign Policy at Tufts University.  She currently serves as Co-Chair of the Board of the Committee for Human Rights in North Korea (HRNK) and the Budapest based Tom Lantos Institute.  Dr. Lantos Swett also serves on the Advisory Board of UN Watch, the annual Anne Frank Award and Lecture, and the Warren B. Rudman Center for Justice, Leadership and Public Policy.