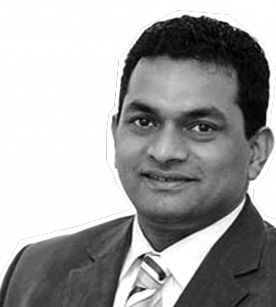 Joshua Castellino is Professor of Law & Dean of the School of Law at Middlesex University London, and Adjunct Professor of Law at the Irish Centre for Human Rights, Galway, Ireland. He is the founder of the Annual Summer School on Minorities, first held in June 2001 in Galway, Ireland. Joshua has held visiting positions in Ireland, Spain, Hungary and Italy. He worked as a journalist in Mumbai, India, with the Indian Express Group, was awarded a Chevening Scholarship to pursue an MA in International Law & Politics in 1995 and completed his PhD in International Law in 1998. Joshua has authored seven books in international law and human rights law, on self-determination, title to territory and indigenous peoples rights, besides over fifty academic articles on a range of these and other legal sub-topics. He has completed the third, in a five-book series published by Oxford University Press, on issues concerning Global Minority Rights Law, the latest entitled Minority Rights in the Middle East: A Comparative Legal Analysis (with Kathleen Cavanaugh). Joshua was part of the EU-China Experts & Diplomatic Dialogue and Lawyers for the New Millennium: Support for the Arab Law Union. He regularly engages with multilateral organizations, Law Societies, the judiciary and NGOs in Europe, Asia, the Middle East and Latin America, on issues of human rights advocacy and public international law. He sits on the Leadership Council of the United Nations Sustainable Development Solutions Network (UNSDSN) convened by Jeffrey Sachs under the auspices of the UN Secretary General, where he co-chairs the working group entitled Gender, Social Exclusion and Vulnerable Groups.