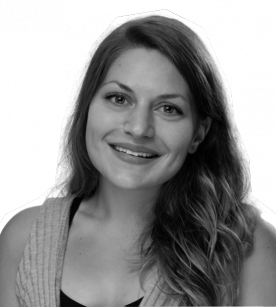 Orsolya began working for the Tom Lantos Institute as a Programme Officer for the Jewish Life and Antisemitism Programme in September 2019. She holds a Bachelor’s degree from the University of Manchester, where her studies focused on the history of the contemporary Middle East and the formation of Arab and Jewish nationalism. As part of her bachelor programme, she spent a year abroad at the Hebrew University of Jerusalem where she studied international law and human rights, gender studies and media studies. Orsolya completed her MSc in Conflict Studies at the London School of Economics and wrote her thesis on the portrayal of Palestinian non-violent resistance in the Israeli media.

During her years in high school, she was a youth leader at the JDC-Lauder Szarvas Camp, a Jewish summer camp aimed at nurturing the Central-European Jewry. She also volunteered at the Jewish Distribution Committee in Jerusalem in 2016 as an English teacher. In 2017, Orsolya was an intern at the Department of International Development at the Hungarian Ministry of Foreign Affairs and Trade. Between 2017 and 2019, in addition to her master’s studies, Orsolya worked for the Jewish community of London. She was responsible for Hebrew education at Mosaic Jewish Primary School and also taught Hebrew at the Wimbledon Reform Synagogue. Orsolya also worked as the educational coordinator for Kehillah North London. Orsolya speaks Hungarian, English and Hebrew.