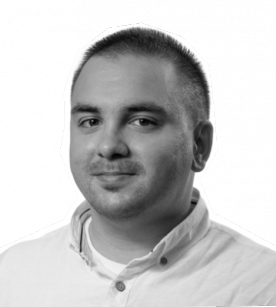 László joined the Tom Lantos Institute in October 2019 as a Programme Officer for the Roma Rights and Citizenship Programme. László earned his Bachelor’s degree in Political Science from Budapest Corvinus University and his Master’s degree in Ethnic and Minority Studies from Eötvös Loránd University. His Master’s thesis focused on the identity-building efforts of the Hungarian Roma minority self-government system. Later, he earned his second Master’s degree in Public Policy from Central European University, where his research centred on the effects of the rise of European far-right parties on social policies.

László started his career as an intern at the European Roma Rights Centre. He joined the New York-based AFS-USA, Inc. as a Scholarships Coordinator and later as a Scholarships Manager, financially supporting and preparing American students from underserved communities to study abroad. He also worked at the Stevens Institute of Technology as a Data Manager and International Student and Scholar Advisor. László speaks English, Hungarian and basic French.