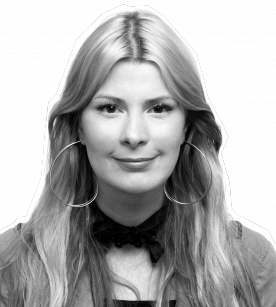 Evelin joined the Tom Lantos Institute in October 2016 and has been the Head of Programmes since January 2017. Evelin holds a Bachelor’s degree in Political Science from the University of California at Berkeley and a Master’s degree in Human Rights from the London School of Economics. Her graduate studies focused on international human rights law, transitional justice and international criminal law.

Evelin began her career working as an intern at Minority Rights Group Europe in Budapest and Amnesty International in London. From 2010 to September 2016, she worked at Minority Rights Group International (MRG) in London, first as a member of the conflict prevention team and then as a legal officer. She was responsible for delivering projects aimed at promoting and protecting the rights of minority communities in Europe, East-Africa, the Middle East and North Africa, and South-East Asia by strengthening their voices at the national and international levels through advocacy and litigation, and by building their capacity at the grassroots level through training. From 2013 to 2016, Evelin coordinated MRG’s anti-discrimination project in Bosnia and Herzegovina (BiH) and worked on the implementation of the ground-breaking judgment of the European Court of Human Rights in the case of Sejdić and Finci v. BiH, which addressed constitutionally entrenched discrimination against minorities. Evelin speaks English and Hungarian.