The opening of the Tom Lantos Institute’s exhibition about the Jewry in the town of Sárbogárd took place on the 4th of October. Over 70 participants attended the event, which presented memories of coexistence and their manifestation in abandoned spaces. Throughout the event the following thematic questions were raised:

How are memories represented in public space? What might an abandoned synagogue symbolise? And what does a restructured public space, such as a theatre, swimming pool or library in a former synagogue mean for our collective memory?

At the official opening, Norbert Lakk, the editor of the exhibition welcomed the attendees, which was followed by TLI Programme Manager, Anikó Félix’ introduction of the Institute and the Jewish Life and Antisemitism programme. The Programme Manager of the Israeli Cultural Institute, Tamás Büchler also expressed his gratitude to the participants and the co-organisers of the event.

The opening was followed by a roundtable discussion on the importance of abandoned spaces and their relation to local communities and collective memory. Bernadett Alpern presented her project “Used Stones” in which she photographed abandoned synagogues from all over the world, which no longer served their original purpose. Her personal ancestral connection to Sárbogárd and seeing the furniture shop operating in the run-down synagogue of Sárbogárd ignited her interest in this project, which has since travelled the world. Zsuzsanna Toronyi, Director of the Hungarian Jewish Museum and Archive highlighted the dilemmas of projects of reconstruction in other parts of Hungary and also shared some good examples of successful endeavours. József Mélyi, art historian and university lecturer, broadened the perspective by talking about the relationship between public memorials and communities and the relevance of this topic from the perspective of memory politics.

During the second part of the event, the cast of Pepita Playback Theatre and their friends brought these memories to life in a moving performance. Building on improvisation and interaction, the actors, musicians and artists performed the stories of the audience. Childhood memories from Sárbogárd, the story behind the creation of this exhibition and more general stories of coexistence also came to light.

Seeing these acted out on stage created a sense of community, emotional unity and an overall special atmosphere within the audience.

We would like to thank the Israeli Cultural Institute for their cooperation in organising this event. The exhibition can be viewed there throughout October.

The programme of the opening event was the following:

17:45 – 18:45: Reconsidered Memories: roundtable discussion about the Jewry of the countryside, with specific focus on the Jewry of Sárbogárd, politics of memory and abandoned synagogues.
Bernadette Alpern, photographer, founder of the Used Stones project

After the playback theatre, we will invite all of you for an informal discussion. 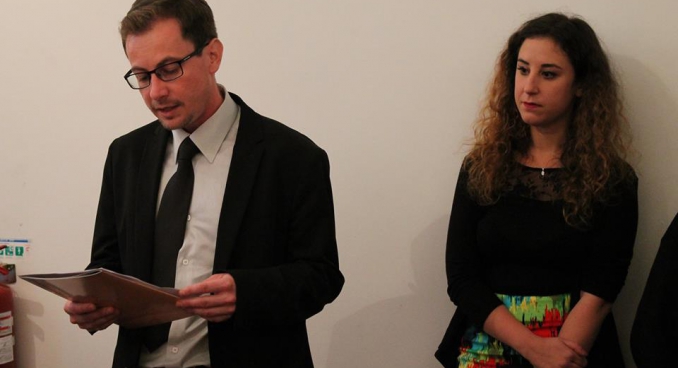 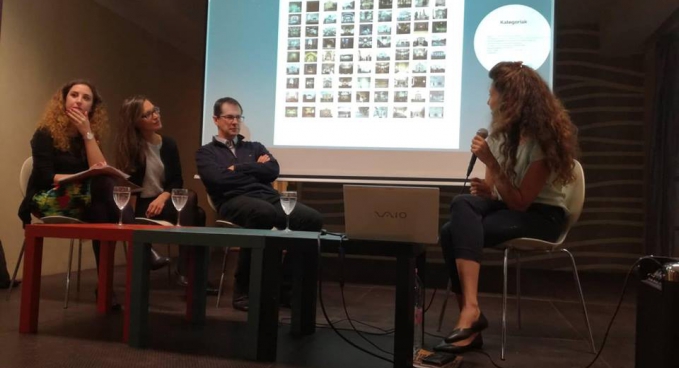 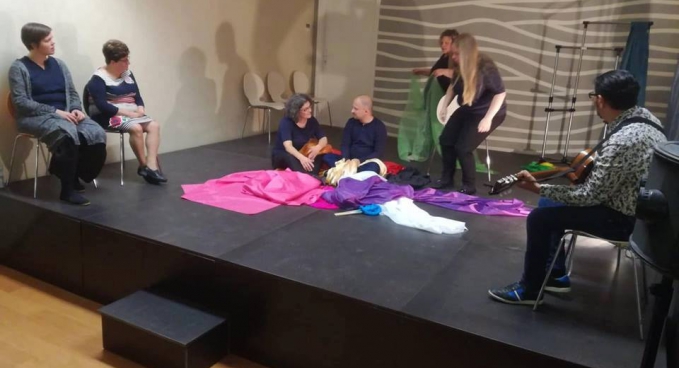 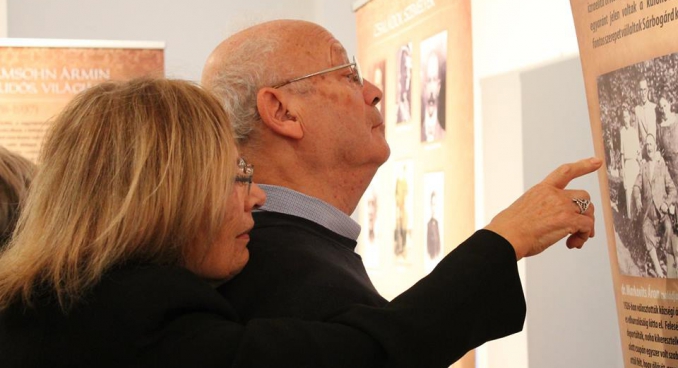 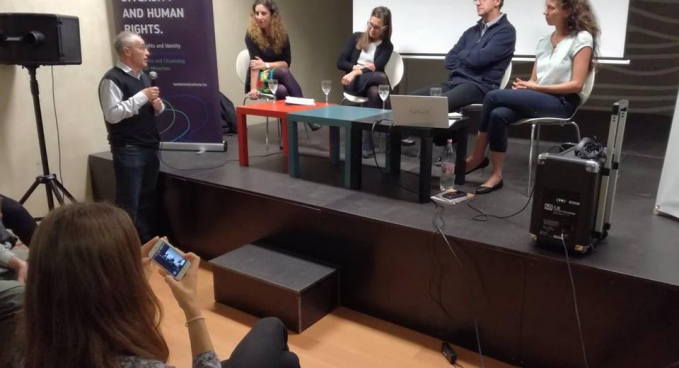 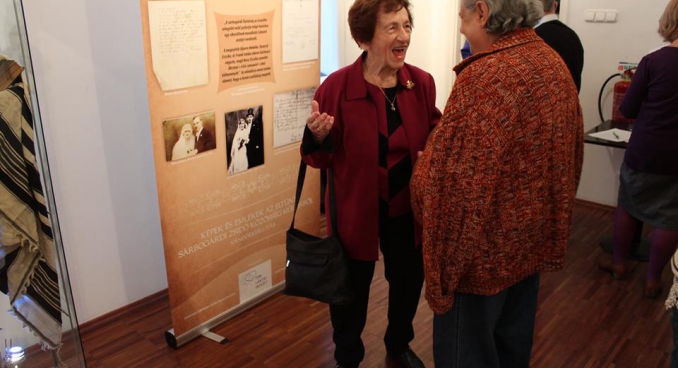 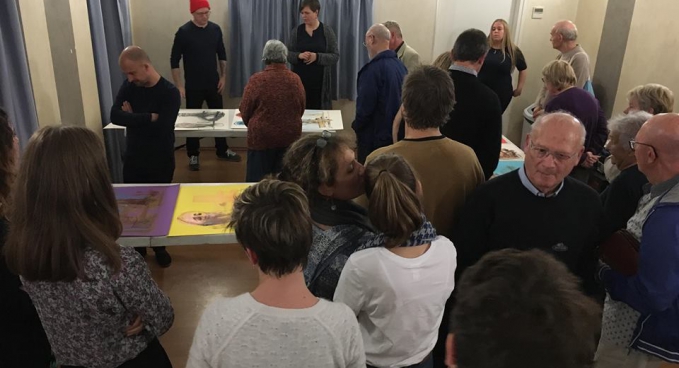 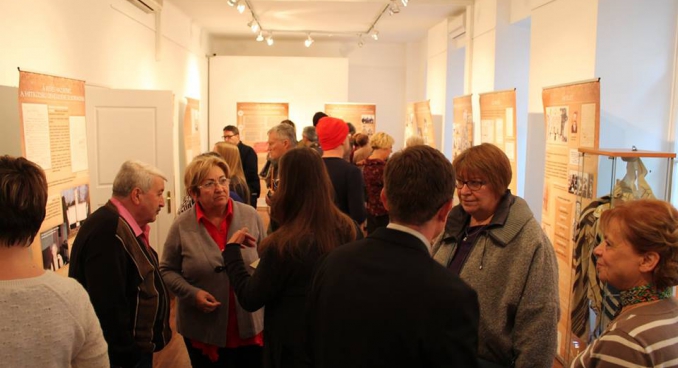 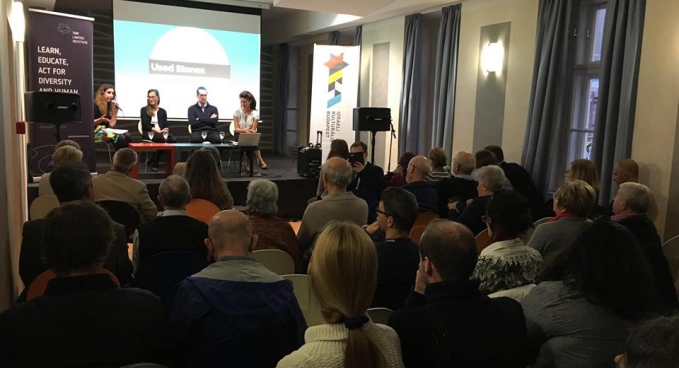 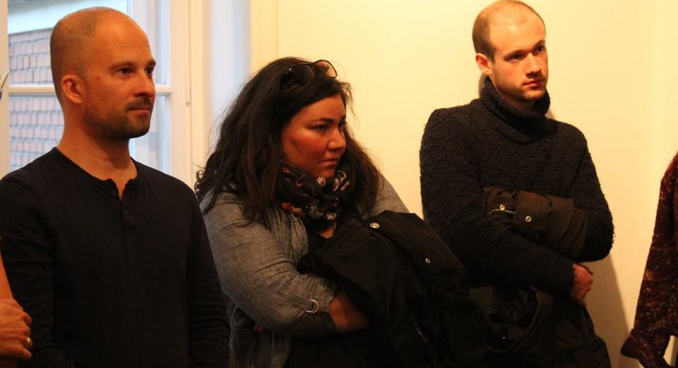 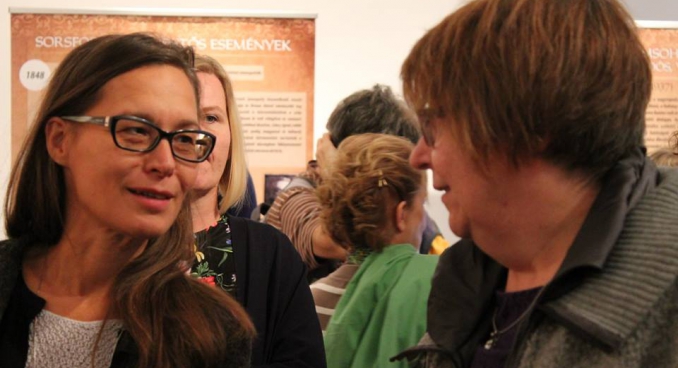 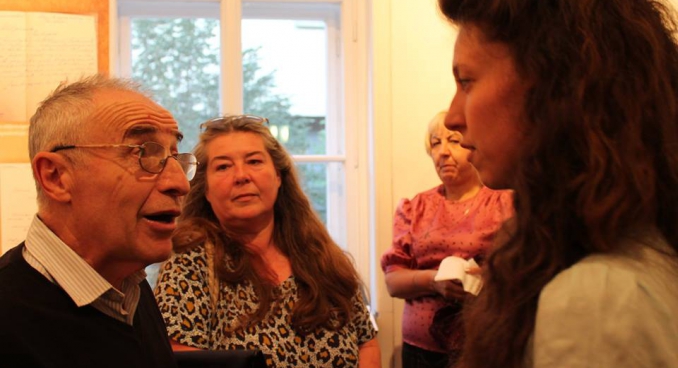 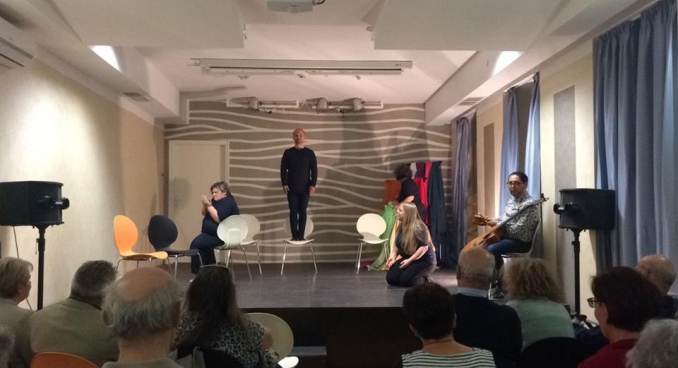 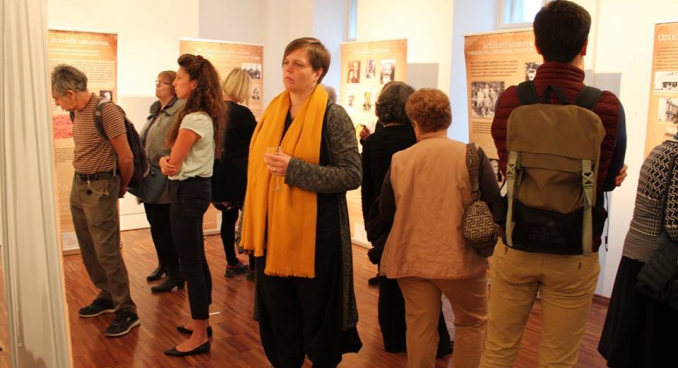 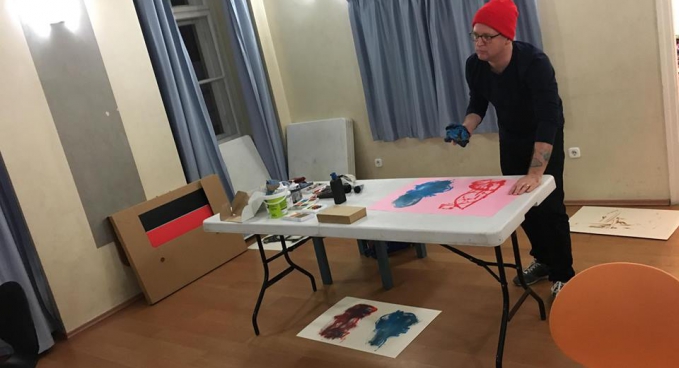 Recycled Memories – The Disappeared Jewry of Sárbogárd Exhibition Opening
Back