’Images and Memories from the Past of the Disappeared Sárbogárd Jewry’ 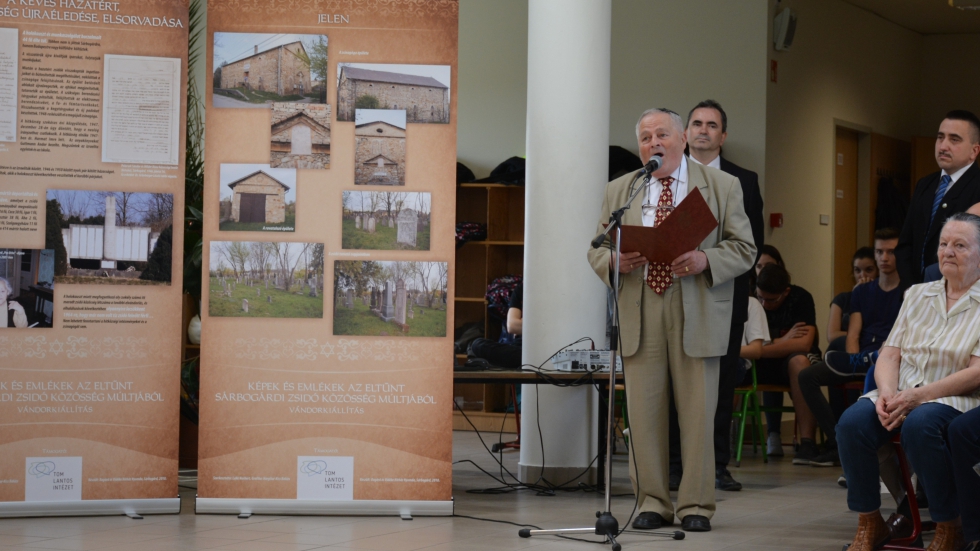 The opening of the exhibition ’Images and Memories from the Past of the Disappeared Sárbogárd Jewry’ took place last Friday. The event, organised by the Museum Association of Sárbogárd and supported by the Tom Lantos Institute, generated a lot of interest. The event drew more than one hundred attendees, representing both the older and younger generations. The life of the Jewish congregation at Sárbogárd was documented through images, documents, and objects given to the organisers as donations. The exhibition depicts the once peaceful life of more than 250 Jewish residents and displays information about their celebrations and their religious lives. Visitors can read the personal stories of Jewish families and, through the artifacts on display, can gain insight into the famous Jewish school of Sárbogárd. What remains today, in the aftermath of the Holocaust, is also exhibited: images of the Jewish cemetery of Sárbogárd and of the run-down synagogue are the closing items of the exhibition.

Norbert Lakk, organiser of the exhibition, opened the exhibition and thanked all those who contributed to its creation. He expressed his gratitude to the Petőfi Sándor School for hosting the event, tothe Tom Lantos Institute, as well as toall those who donated items, making the exhibition material richer. He discussed the importance of reaching as many people as possible by taking the exhibition to various locations, thereby showing how the Israelite congregation coexisted with the Christian population in Sárbogárd. Other opening speeches by Mayor Dr. Tamás Sükösd, Aniko Félix, Programme Manager at the Tom Lantos Institute, and by Anna Gergely, a historian, contributed to the success of the event. Nándor Neumann moved the audience with an artistic performance of songs and poetry.

The exhibition can be viewed in the Petőfi Sándor School in Sárbogárd until the 3rd of May.

A video of the opening event is linked above.

’Images and Memories from the Past of the Disappeared Sárbogárd Jewry’ 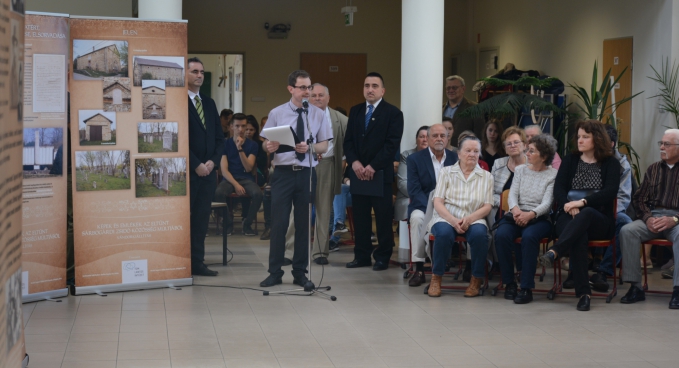 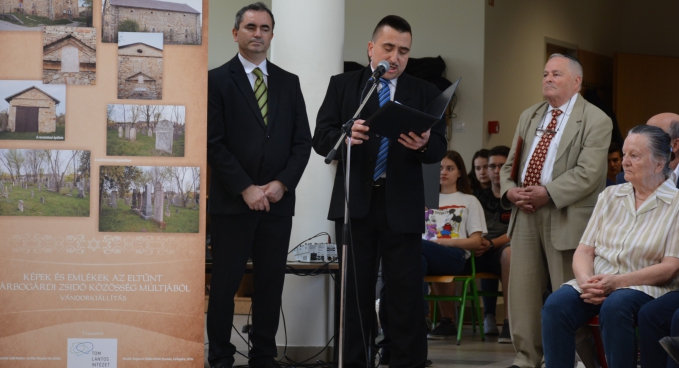 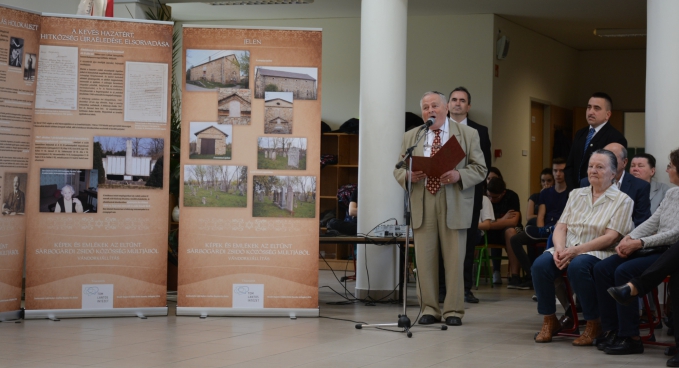